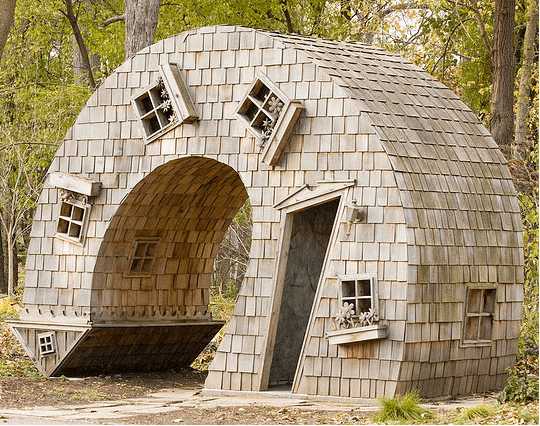 This is a corollary article to “A Brief History of What Happened and Why?  They kind of go together and explain things from two different directions that kind of meet in the middle.  Read both articles; it’ll help you understand a few things……

Building or working on housing in America has a long history of improvisation and folks making stuff up as they go along.

The industry changes all the time and education, such as it is, doesn’t even begin to keep up.  This trend has accelerated in the last 30 years with the vast increase in engineered lumber, components, and processes and an accompanying lack of education to keep people up on the most current changes in the industry.

Now, couple the material changes of the last several decades with the improvisational bent of the average contractor,  bring it smack up against the current state of education in the building trades, and the result is chaos.

The vast majority of those practicing residential building trades are (God Bless ‘Em) newly arrived immigrants eager to get their slice of the pie, bringing with them an unflagging enthusiasm for making up their own ideas about how to do stuff, because Dammit, this is America, and can do whatever we want and no one can tell us otherwise.  Put several new Americans together in an extended family of tradesman, and there can develop a “Circle of Ignorance”.

The Circle of Ignorance develops because tradesman, absent a viable educational and training program,  make up their own ways to do stuff.  They only talk to those in their circle, and because everyone in their circle does things the same way, they believe they’ve discovered the Right Way to Do Things.

Never mind that there is an entire Building Industry with well established Building Codes, Design Criteria, and Installations Specifications for all these new engineered materials.  If the brethren believe they are doing the job the right way, then Dammit, it’s the Right Way, and no steenkin’ Specifications are going to dampen the enthusiasm for a lot of folks doing things their way.

Back in the heyday, working in Chicago was like being in Nashville where everyone you meet is a Country Music Wannabe.

In Chicago, everyone was a developer.  Innumerable otherwise smart and academically trained business people decided to forego their day job at the Big Firm to leap into the void of property development.  Never mind that they didn’t know squat about building; they trusted in their abilities as top down managers to conquer all.  And besides, one hires subcontractors to do all that building stuff.  Subcontractors know what they’re doing, right?  Yes they know, because they all teach each other in that circle I was talking about previously.

Individuals trained in delegating responsibilities to subordinates did so on a scale previously unknown, bestowing responsibility on all those subcontractors, newly arrived and with that unflagging enthusiasm for making up their own ideas on how to build stuff.   So, stuff got built.  Lots of stuff.

Then, there were the subcontractors and contractors themselves that thought, “Hey, I can build. Why don’t I do it on grand scale?”  Money was easy to find, the American Dream loomed large, and those that had been muddling around doing odd projects here and there suddenly were putting up 30 unit buildings.

One might imagine that something called the City of Chicago Building’s Department (CCBD), or the Department of Construction and Permits (DCAP) would be on top of this and have City inspectors paying attention to how things are getting built.  Keep imagining this, because imagination is the only place you’re going to experience it.  The CCBD and DCAP are a swamp of the usual stuff we’ve come to expect from our municipal departments, with a long history of things we all wish weren’t the way they are.  Forget the CCBD in keeping tabs on how residential stuff is getting built.  Doesn’t happen.  Building in Chicago during the boom is as close as any of us are likely to get to the Wild West.

In fairness, there are some things that happen very nicely in Chicago, specifically electrical and plumbing work.  Those are the folks with deep political tentacles into the building permit and approval process, and they’ve managed to keep that stuff going in the right direction, for the most part anyway.  But, when it gets down into those fine tuned things like building science, water and vapor management, and all those sneaky things that define the real problems in new construction,  CCBD and DCAP were MIA.

So, what’s that mean?  How bad is it really?

In my line of work, I’ve had the opportunity for seeing what it means and how bad it can get, and let me assure you,  it can get really bad.   And what bad almost always involves is…….water.  Water in all it’s forms, both seen and unseen, causing problems that aren’t immediately apparent.   It can range from garden variety annoyance to things that 15 years ago you couldn’t have convinced me I’d be seeing.  Tear the house down bad.  The really bad are the small percentage of houses, but……they’re really bad and you’d better know how to identify them.

This topic is going to be delineated down into a couple specific discussions in future posts.

Masonry And Water Management, Part I

'This Is Not My Beautiful House. How Did We Get Here?' have 2 comments