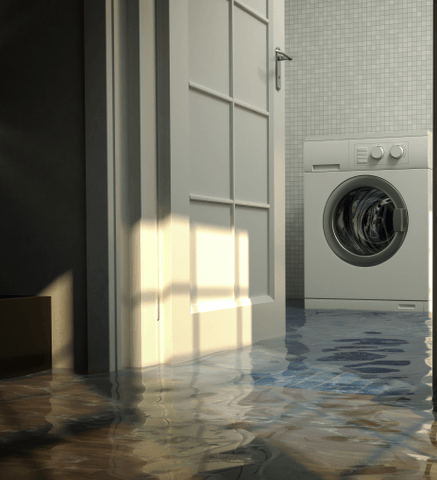 This problem barely existed 25 years ago.  Everyone had their laundry in the basement.  Now, everyone seems to have them at the same floor as the bedrooms, or in their apartment or condominium.  Guess what?

Laundries leak.  Sometimes they leak a lot.  When they’re at an upper floor, the leaks either cause major damage that you can’t see for a while, or they just plain let go and flood the place.  Either way, the result is major disruption, huge cost, and all the related problems that unplanned for expenses cause.  If you’re a condominium owner, some HOA’s charge the condo owner the full cost for the repairs.  Yep.  It’s your problem, and now all your neighbors hate you for messing up their homes.

Lots of developers leave the floor drain out of the laundry.  Other developers provide a floor drain, but the floor doesn’t slope to the drain so the drain isn’t going to collect any water.  (Developers apparently forgot water runs downhill.)  Either way, the end result is the same; the place floods.

If there’s a floor drain, it’s relatively easy to put a pan under the washer and direct the drainage to the floor drain.

If there’s a floor drain, it’s relatively easy to put a pan under the washer and direct the drainage to the floor drain.  Personally, I find the plastic one’s pretty flimsy, but they can work.  Better yet, get a good sheet metal shop to fabricate a pan for you; it’ll cost about $100.

But, what if there’s no drain?

There are automatic shut off valves for laundries. Sometimes this is even cheaper and easier than installing a pan. 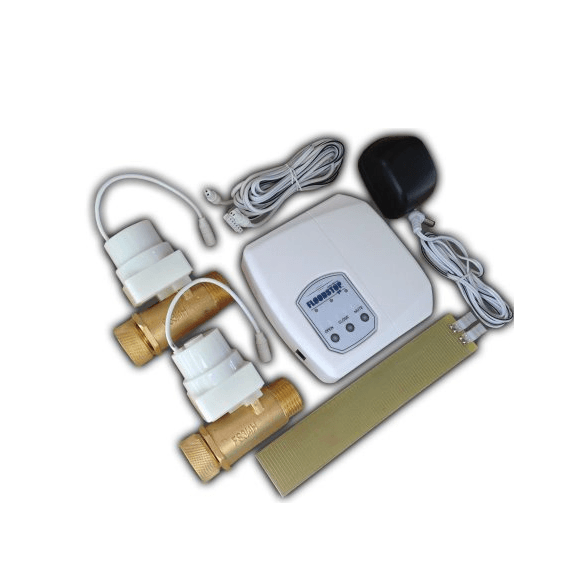 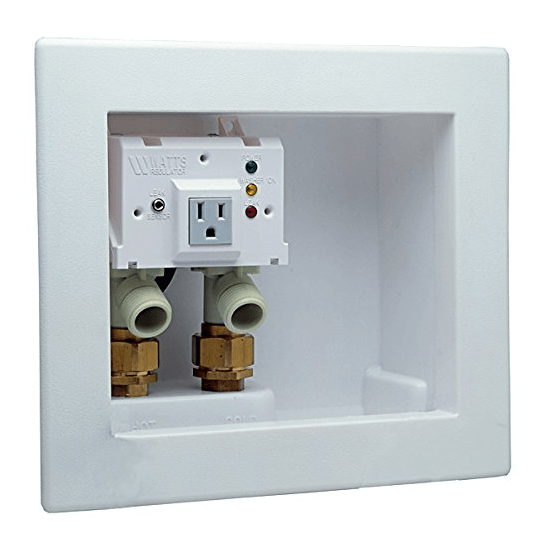 An automatic water shutoff valve prevents flooding by immediately turning off the hot and cold water supply as soon as water is detected under or near the washing machine.

I used to think this was just nerd stuff, but no….it’s real and it’s serious.  I’ve heard it’s becoming one of the largest payouts in residential insurance.  The simple fact that there are so many manufacturers developing and selling products to prevent floods tells us it’s a recognized problem.

After the drain pan or safety shut off, the next thing is burst resistant hoses.  Many condominium associations are now requiring burst resistant or self regulating hoses as part of any laundry installation.  That said, if you install one of the safety shut off valves previously noted, you can kill both birds with a single stone…..er,  safety valve.  Do it.  You’ll be glad you did.

Masonry And Water Management, Part I

'Avoiding Laundry Floods' has no comments